How Transitioning To SIM-only Can Save You a Fortune

We’re a nation glued to our phones. 90-95 percent of us, in fact. This is the percentage of mobile phone users in the UK right now – with 74% of adults owning a smartphone, and around 150 billion minutes of calls made each year. 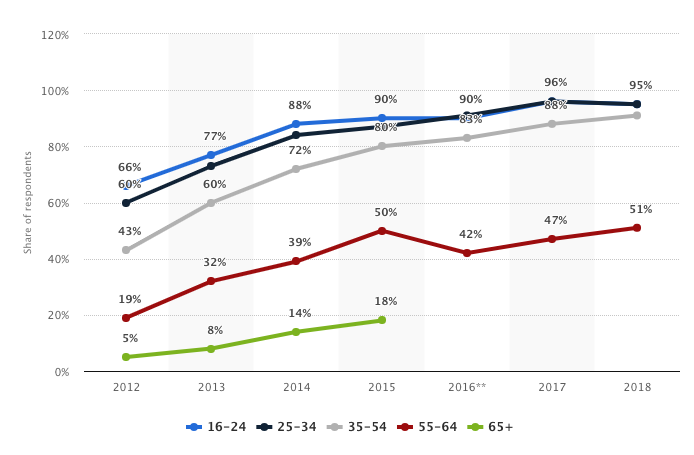 It’s clear that our love for smartphones is here to stay. How else could we survive travelling on public transport or prolonged stints in waiting rooms if we didn’t have Facebook and Angry Birds available at our fingertips? But are we embracing our handheld companions in a way that rocks our financial foundations like a cartoon Northern Cardinal catapulting itself into a castle of green pigs in a hell-bent attempt to save its stolen eggs? The jury’s out. a

Mobile phone users of today are typically drawn to contract packages that are available from plenty of networks which promise a shiny new phone for little-to-zero upfront cost. These offers are usually music to the ears of technological connoisseurs and virtually anybody who are in the least bit curious about how much more advanced the iPhone X compared to the iPhone 8.

Contract phones have become something of a norm in today’s climate of expensive smartphones – with many companies promoting unlimited caps for minutes and texts alongside a data plan and anything between a 12-36 monthly bill for a handheld device that can range to over £1,000 in cost.

So, are contracts not a way of making expensive technology more affordable? Well, according to Ctrlio, long-term contracts can often trap customers into paying rates that don’t suit the way they use their phones and loses the public an average of £76.20 per year. The company estimates that 90% of the public is currently on the wrong contract.

Billmonitor, a customer bill analysis website, echoes this diagnosis of the state of mobile phone usage, stating that 74% of people can save an average of £172 per year on their contract bills.

There was once a time when mobile phone contract bundles weren’t the all-encompassing entity that they are today – where we paid for our calls and texts as we used them. Heavy data usage and expensive smartphones kicked Pay-As-You-Go to the curb some time ago, but SIM-only options are beginning to gain traction as more and more customers are beginning to shun hefty upgrade packages and hold on to their old handsets for longer.

YouGov noted that SIM-only users had tripled from 5% to 16% of the mobile phone market in the five-year period between 2010 and 2015 and has shown no signs of slowing since.

In the same timeframe, contract users dropped from 80% to 67% of the market. So let’s take a look at why more and more of us are making the switch to SIM-only.

One of the biggest advantages of making the move to a SIM-only deal is the freedom that comes with it.

This means that users are generally not tied to one single provider, and contracts can span as little as 30-days at a time – making SIM-only a great alternative for those of us who struggle a little when it comes to committing to a two-year smartphone contract.

Okay, to say SIM-only is always cost-effective isn’t quite accurate. But what’s certain is that this option can be as cheap or expensive as you want it to be.

Because contract phones typically get customers to pay the cost of their phone over a prolonged amount of time, it’s often much cheaper to simply buy the SIM and then make the one-off payment for a new handset yourself.

Taking this option gives you more control over what you can afford, and takes you out of the cycle of paying off your device before immediately upgrading to an expensive new model. Many SIM only users are simply former contract holders who enjoyed their device so much that they saw no reason to upgrade – and are now living happily with the lower monthly costs as a result.

However, it’s worth noting that this option may not feel so cheap to high-end smartphone lovers. With the iPhone XS retailing for £1,099 at the time of writing – that one-off lump sum could prove too eye-watering for some tech revellers.

Benefit from shopping around

The brilliance of having shorter contracts and fewer commitments from pricey handsets is that consumers are free to shop around for the right deal.

With some SIM-only offers starting from £8 per month there really are some great savings to be made for those who are happy to do a little bargain hunting before making a purchase.

Because of the ease associated with SIM-only sales, there’s no shortage in providers and special offers, and it pays to keep on top of your options – and websites like Smartphone Checker make for excellent price comparison tools when it comes to checking the market.

SIM-only deals can come as a massive relief to those of us who suffer from poor credit ratings or sought financial help in the past.

The criteria to meet for SIM-only is far less stringent than contracts, and as a result, SIM deals are much easier to get for consumers – and users who have been denied a contract deal are much more likely to be able to reap the rewards of going SIM-only.

How IoT Has Changed Environmental Monitoring

Mental health and Working in a Technical Field

What Are The Different Options For High Risk Business Merchant Services