Getting to Know the Most Dangerous Hackers of Today

by Abhishek Yadav
in Security

You might like to imagine malware creators as innocent-enough kids messing around on their school computers or else lonely tech geniuses tinkering with code in their darkened garages — but the truth is much more sinister. Malware has proven itself to be an exceedingly lucrative pursuit; some of the most profitable malware variants have earned hundreds of millions of dollars for their authors. As a result, groups of hackers are now banding together to develop malicious programs or find other ways into users’ devices or networks.

Any hacking group has the potential to be dangerous — it only takes one well-executed program to bring down half of Europe. However, there are a few hackers who have established reputations for creating devastating malware. You can learn more about these groups here, and you can also learn how best to protect yourself from them.

In truth, Anonymous isn’t nearly as crafty, powerful or nefarious as other groups on this list, but they have done enough to bring interfere with or bring down reviled institutions that they have earned a spot in the hacking blacklight. Unfortunately, this means the group has been blamed for dozens of less-than-glorious hacking attacks, including the PlayStation Network data breach, the Norton Antivirus leak and more. Whether or not these hackers are indeed members of Anonymous is anyone’s guess.

Also Checkout  How to Best React to a Cyber Attack

The world’s governments have gone digital, which means hacking isn’t just a citizen sport. Governments are finding it ever-more valuable to involve themselves in cyber activities, to include cyberwarfare. The Equation Group is just one state-sponsored hacking group — and it originates in the good, old U.S.A.

A unit of the National Security Agency (NSA), the Equation Group was created in 2001, but it wasn’t discovered by the public until 2015 when two types of spying malware, GrayFish and EquationDrug, were linked to the group and the NSA. It’s theorized that Equation is behind Stuxnet, the terrifying malware that can control physical machinery and that was responsible for the brief collapse of Iran’s nuclear program.

Generally, the Equation Group’s task is to promote the U.S.’s national agenda at home and abroad. Most of their fingerprints can be found in Iran, Russia, Pakistan, India, Syria, Mali and other countries that have less-than-ideal relations with the U.S. Unfortunately, while the Equation Group’s efforts might seem noble to Americans, the malware they create can be powerful and destructive, as evidenced by the work of… 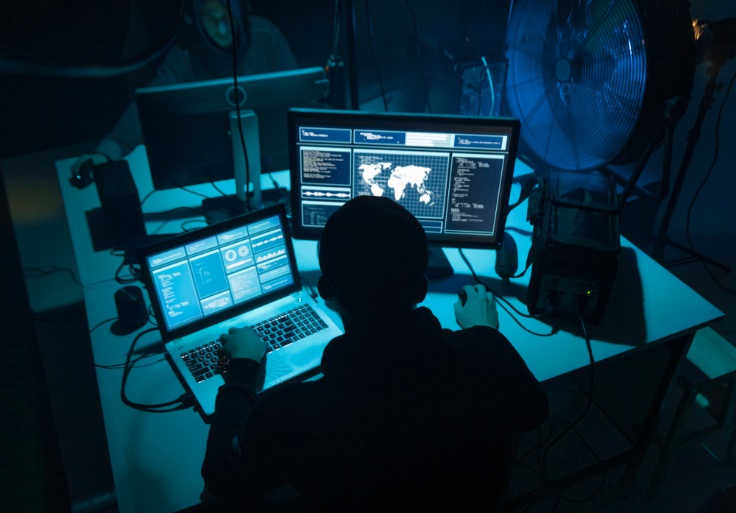 In 2016, the group created an auction to sell of valuable NSA information, which included the EternalBlue and EternalRomance exploits employed by WannaCry and NotPetya. While the average user can use maximum security products to stay safe, larger organizations toppled under the weight of these attacks. Later, the Shadow Brokers revealed a list of servers and tools used by the Equation Group specifically. It seems likely that the Shadow Brokers are somehow connected to the NSA, perhaps boasting a mole in the agency, but until authorities catch one Broker in the act, we’ll all be left grasping at shadows.

This fantastically noir name for a hacking group belongs to the branch of North Korean government tasked with sowing chaos against state enemies, raising money for the regime and otherwise increasing North Korea’s spotlight around the web.

Bureau 121 has been incredibly active, perpetrating some of the best-known attacks of the decade. The Shadow Brokers released the tech necessary for WannaCry, but the North Koreans within Bureau 121 developed the malware and unleashed it on the world. Earlier, in 2014, Bureau 121 caught headlines for its attack on Sony Pictures, which was prompted after the film studio produced a humiliating and threatening comedy centered on dictator Kim Jon Un.

However, unlike other hackers on this list, North Korean hackers within Bureau 121 do deserve a bit of pity. Though they do commit some heinous acts, these hackers are hardly less than slaves, forced to work extreme hours in horrible conditions — and if they fail to make their quotas, they are undoubtedly severely punished by the North Korean state.

Not all hackers are bad, but all hackers have the capacity to mess with the already chaotic and disordered web on which we all rely. By knowing a bit more about active hacking groups, you might be better able to understand the cyber-battlefield and feel compelled to defend your devices against the cyber-onslaught.

The importance of access control systems in an integrated security system

What Can Small Businesses Do to Prevent Cyber-Threats?

How to achieve aws cloud certification?

7 Step-Guide to Choosing an Exchange