by Abhishek Yadav
in Reviews

I recently got my hands on the very-hyped InFocus Snap 4 and after using it for 4 weeks, here’s what I have to say to you in my InFocus Snap 4 full review. I’ll be covering today each detail you need to know about this phone as I have used it as my daily driver for a long time now, 4 weeks are enough to judge a phone inside out. So, let’s get started!

InFocus is laying their roots in the market and have been there for quite some time but you have to know they are becoming a tough competition to the other brands like Xiaomi dominating the game right now. The Snap 4 was a special one by InFocus where they have focused a lot on the camera quality of this phone as most other people are going crazy behind these megapixels and phone manufacturers like Oppo and Vivo only caring about the camera and not the specs and performance that much. InFocus is making a difference by focusing on the primary and the essential thing to a smartphone which is performance, along with the mouthwatering megapixels. 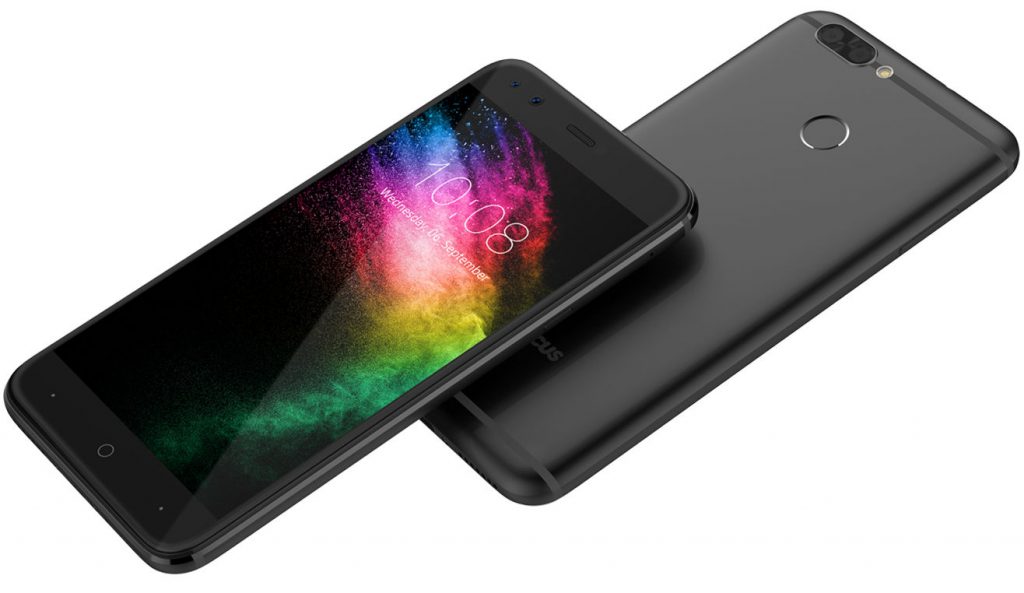 The InFocus Snap 4 looks amazing from the outside, especially the black variant that I got. It was a matte black back and obviously the glass on the front with the black front panel but trust me when I say this, it looks awesome! Many people whom I met confused it with an iPhone 6 or above because the size is almost the same. The design is inspired by the iPhone to some extent but I have to say, looks better than an iPhone! 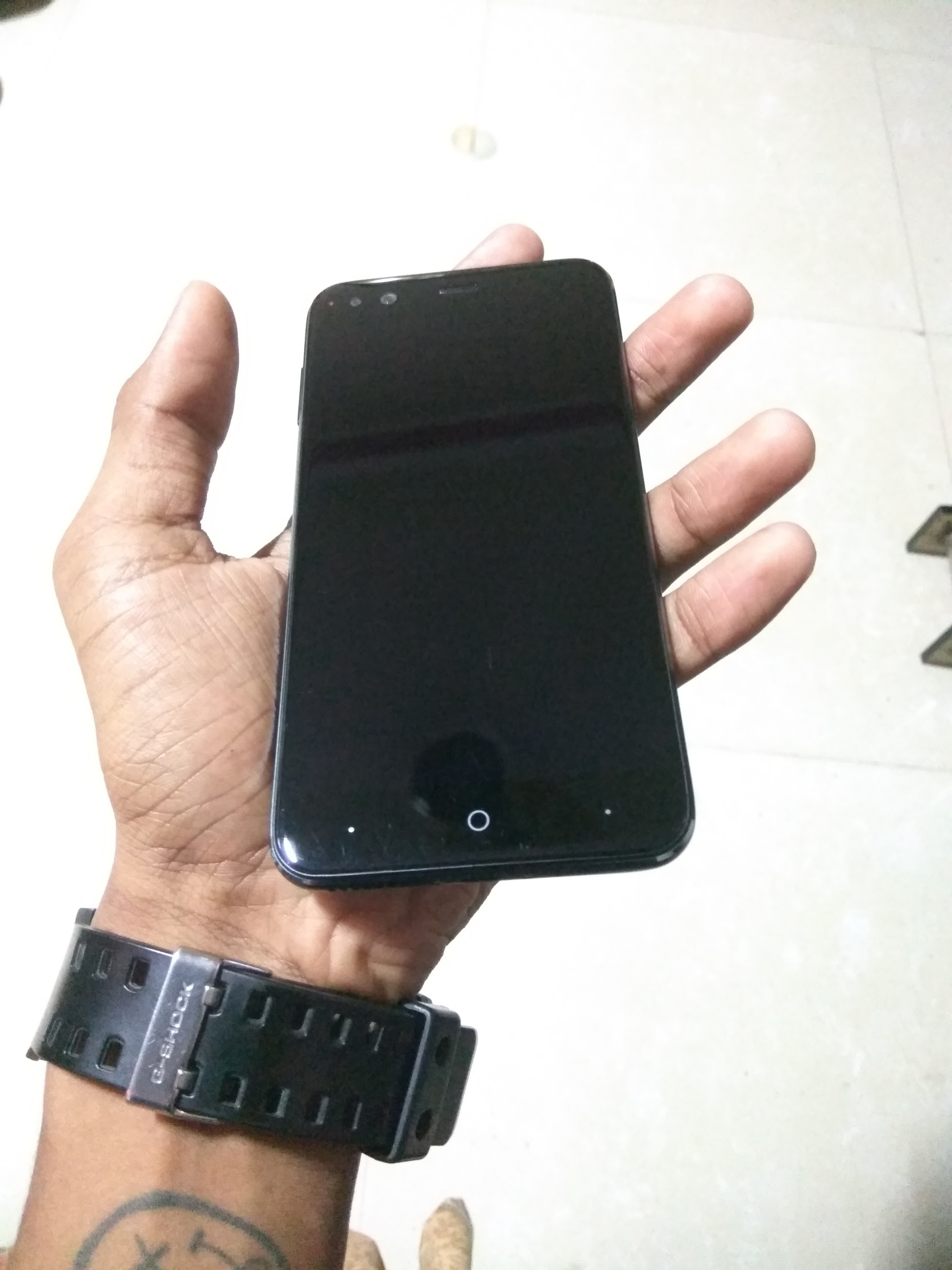 This phone has a smooth back and can slip off your hand and fall if you are too clumsy. Throughout the time I had this phone as my daily driver I always had this fear of damaging the phone by dropping it and I am the guy whose phone keeps stumbling around every now and then. So with that extra precaution, I couldn’t have the courtesy to have the phone slip off my hands and see whether it breaks or not as it were a review unit. But, I told you my guess!

The cameras on this phone is what the hype is about, and trust me, it lives up to the hype. The phone has a 13MP + 8MP back camera and 8MP + 8MP front camera! Yup, not a typo but this phone legit has 4 cameras and all of them are awesome! Each side has 1 camera that’s normal like every other smartphone has and the other one each side is a wide angle camera, much like a GoPro to capture those group selfies or that fisheye shot. The only thing I found disappointing in the camera part is that the front camera has some sort of beautification mode activated all the time. 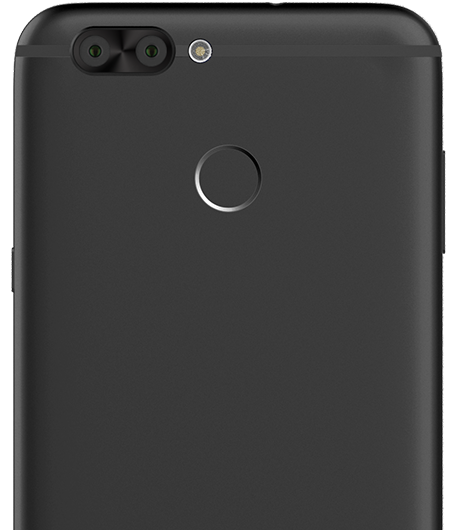 If you are using native camera app then you can control it on or off but even when you turn it off and go to apps like Instagram or Snapchat where you need the camera but can’t tweak any settings, there’s where it bothers me as all the pictures come out too fair on the complexion. Just some small tweaks in the color adjustments it is but yeah that was the only problem I saw. Rest, I give the camera quality a 10/10!

Also you have enough storage to keep all your photos for the coming years as the phone has 64GB inbuilt storage which can be further expanded to 128 GB through a microSD card.

The phone works smoothly without any lag or any issues in the functioning on a daily basis. The phone comes loaded with Android 7.0 Nougat. The OS looks clean and mostly based out of stock android. I tried playing a couple of games on the phone like Asphalt Nitro and Shadow Fight 2 Special Edition and both worked great without any lag as the phone has a 4GB RAM really turn beneficial here.

However, I did notice apps like Instagram force closed a couple of times but that’s okay as it’s a once in a blue moon thing. The 3000 mAh battery longs last with an all-day usage and still have 15-20% left by night. Overall performance of the InFocus Snap 4 is great and better than other phones of this price range (better than my Redmi Note 3 in my opinion).

If you found my review useful, you can grab the InFocus Snap 4 for yourself only on Amazon India. So you can count on me and buy this beast and level up your camera game!

What are the best sites to buy crossbow in the USA?

Things To Consider While Buying a baby stroller

How to Capture Your Instagram Memories With 4K Stogram

NBA 2K18: 5 My Career tips to quickly boost your attributes

What are Backlinks in SEO and how do they Work?