How Google Stadia Will Change the Way We Game

by Abhishek Yadav
in News

With many more exciting details well on the way, gamers around the world are anxiously awaiting the release of the Google Stadia, a new gaming platform that promises to bring major changes to how we play games. Rather than the traditional gameplay on a physical console, Google is taking the high-end gaming experience virtual, creating a library of exciting games that Stadia users can stream at any time.

Using Google’s massive global network of high-capacity data centers, high-quality gaming is no longer limited to a physical console. Players use a Stadia controller to play across a wide range of devices, making the service accessible and portable. With the promise of countless AAA games right at our fingertips on virtually any device, Stadia is shaping up to be a game changer.

Here’s how Google Stadia will change the way we game.

When Is Stadia Available?

Right now, there’s no official release date for the Google Stadia. However, we do know that Stadia will release at some point before the end of 2019. With pricing also a mystery, we’re eagerly awaiting the release of both price and availability information. At this point, we can speculate that it will be in the later part of the year, potentially targeting the busy holiday season.

The Stadia will release in the United States, Canada, and Europe initially, with plans for an even more widespread release shortly after the initial launch. As for the pricing structure, there have been talks of a subscription-like pricing structure or a pay-per-game pricing structure among industry experts, so it will be interesting to see what Google comes up with to draw in customers through its pricing.

What really sets Stadia apart as a gaming service is the impressive lineup of specifications. Rather than being restricted by a physical console, users can play games almost instantly through their Chrome browser. That means that virtually any device that can successfully run Chrome can also run Stadia.

To make your gaming experience even better, Google has promised the ability to run games on 4K displays at up to 60 frames per second. There will be lower-quality streaming options available as well, which will be helpful for those that don’t have the fastest internet speeds available.

Since the platform is virtual and promises to run some pretty impressive graphics, users will need to have fairly quick internet speeds. Google recommends having a minimum speed of 25Mbps, and that’s just to run standard HD 1080p at 60 frames per second. If you’re planning on gaming in 4K, or even 8K in the future as Google has stated, you’re going to need even faster internet speeds.

Bandwidth is going to play a vital role in your overall experience with Stadia, and if you don’t meet the minimum speed requirement, Stadia may not be worth exploring. The internet speed requirement is one minor drawback that makes it impossible for some gamers to even use the service. It also restricts where Stadia is available, as many locations currently don’t support 25Mbps internet speeds.

Before you go out and purchase your Stadia controller and access, we advise checking your internet speed throughout the day to test for consistency. A simple speed check at various times during the day will be able to show you if you meet the minimum speeds. Just because you’re paying for a particular speed doesn’t mean you’re always going to get it.

The full game library has not yet been released for the Google Stadia, but what has been released has already impressed fans around the world. As part of the release, Google promised the ability to play AAA games on 4K at 60 frames per second. AAA games designate the highest-quality games on the market, and after a successful demonstration of Assassin’s Creed: Odyssey at a recent trade show event, we’re excited to see what else is in store.

The Future of Gaming

Gone are the days where you’re only able to pay the video games that you have in front of you. Even on traditional gaming consoles, digital games can cost even more than physical copies and can take hours to download. With simple, almost-instant game startups, a wide range of games to choose from, and the ability to game on practically any device, the Google Stadia truly is changing the face of the gaming landscape. 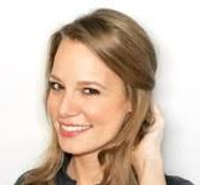 She loves to write latest technology trends and love to share her knowledge through her articles.

The Modern Armored Vehicles Protecting Soldiers in the 21st Century