Key Differences between Landline and VoIP

What’s the difference between calling someone with your home or business phone and calling with an online phone service? While the basic service yields similar results, the process, cost, and associated features are vastly different.

Phone lines and internet lines are not connected in any way. While phone lines exclusively offer phone service connection, internet is useful for a wide variety of services. In the case of calls, all internet phone calls send out data in a series of tiny data packets. They’re scattered about and reassembled in the correct order instantaneously as you’re talking. You need high speed internet for online phone service.

In the most basic terms, landline phones are more secure than VoIP phones. Because of the circuit switch method used in phone lines, call data is transferred on a set, specific line that’s closed off to outside access throughout the duration of the call. Only involved parties can gain access to the data, unless physical system hacks occur (bugging, cable re-routing, etc.).

VoIP phones transfer call data packets over the internet. Packets are all sent individually and may be scattered across numerous transfer lines at the same time. These data packets are vulnerable to interception, unless the VoIP company provides end-to-end encryption. If calls are encrypted, they’re much safer than unencrypted calls.

Data privacy is always a bigger issue with VoIP than with landlines. If you consistently update your VoIP phone apps and software, and if you choose a plan with call encryption, you’re not as likely to have a problem with security breaches.

It’s impossible to give definite figures that apply to every location, since carriers and network availability change everywhere. However, landlines are generally more expensive than VoIP when more than the basics are required for a business. Some barebones landline services are also more expensive than similar VoIP services.

In the US, the average landline costs per month vary by type:

This is compared to average VoIP price data from 2019:

Also Checkout  7 Trends Which Are Shaping the Future of Telehealth

VoIP is cheaper for most types of calls. VoIP to VoIP calls are almost always free or extremely low cost, while international calling rates are exponentially cheaper compared to a landline. Part of that cost benefit is related to our next point of comparison…

Phone line infrastructure is expensive to build and maintain. In much of the US, landline phones have extremely limited carrier options. You might have the choice between 2 to 3 major providers, if that. With no competition, carriers tend to charge higher prices and leave you with little option but to pay.

With VoIP, you’re not tied to any specific providers based on your location. You get your pick of the litter and new companies are popping up all the time. The cost of switching is extremely low, plus you generally get to keep your existing number even when you migrate to a new provider.

One huge benefit VoIP providers have over landline phone service providers is the lack of contracts. You can sign up for a long-term service contract with a VoIP provider if you want to, or you can choose pay-as-you-go plans or monthly plans with no commitment period. Phone carriers generally prefer long-term contracts with a defined service period, making switching costs higher.

Both VoIP phones and landlines have access to emergency 911 services. E911 capability is generally included in a VoIP service plan. Whether you’re using a VoIP phone app of software on your computer, emergency services will be able to get location data for you. Landlines have always had this capability.

As long as you have a high-speed internet connection, you probably won’t notice any difference in service when you switch from a landline to a VoIP phone. Both landlines and VoIP phones have extremely high reliability for calls. The only real challenge for VoIP is the need for power. Whereas landlines can function while the power is off, VoIP phones can only work when the internet is on, and most internet connections are reliant on power.

Sometimes VoIP calls can experience jitters and slight disruption, but they hardly ever drop or reduce the overall call quality. Even with slight jitters, phone conversations are still easy to understand and won’t be ruined. 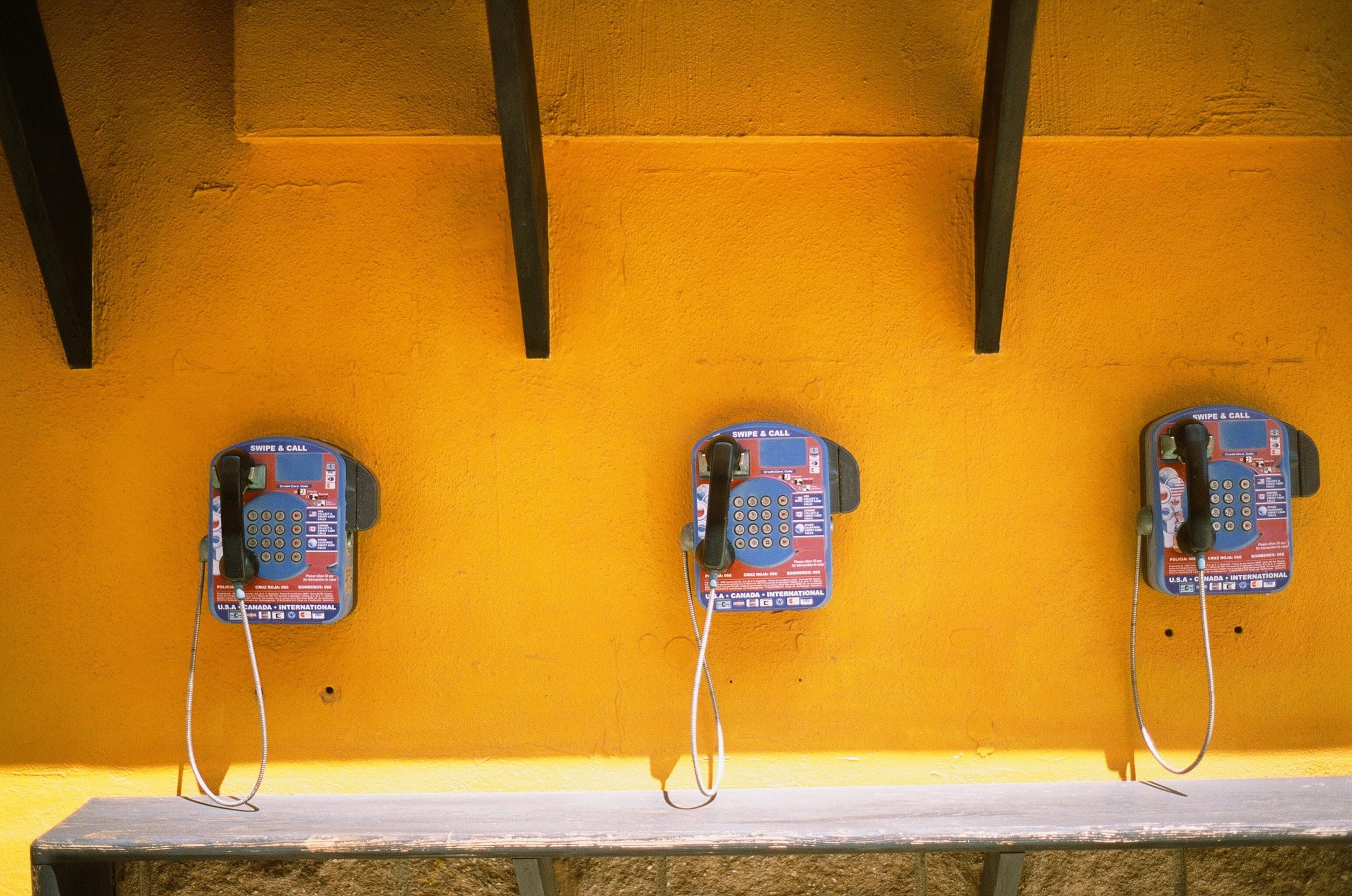 All you need for VoIP phone service is an internet connection and a VoIP phone or a compatible device that can install VoIP software. You can even use your existing landline phone by purchasing an ATA cable to turn it into a VoIP compatible phone. Mobile phones, tablets, and computers can all install VoIP apps for use of your phone service anywhere. Many VoIP phones connect directly to your router.

Landlines are required to be connected to a hard phone line. They are wholly immobile and non-transferrable. There’s no way to take calls to your landline from another location or device, unless you set up a complex call-forwarding system. You can’t connect a landline anywhere there’s no phone line, though this generally isn’t a problem in the US.

Both landlines and VoIP give you official phone numbers. Calls can be made between each type of number without any issues. Anyone can call a VoIP number from their traditional phone or VoIP phone, and VoIP phones can call all types of numbers as well.

The major difference here is the ability to add extra numbers with a VoIP plan. Business VoIP software can easily and instantly create new phone numbers for your business when you want to scale up and place more outgoing calls. It’s a simple process that won’t cost a lot more for each added number and can be done any time.

Adding new numbers with a landline is trickier. It’s expensive and can be technically difficult because you need multiple phones and potentially multiple phone lines. You’ll have to upgrade your phone plan to accommodate the new numbers, or purchase separate plans for every number, both of which will be expensive and inconvenient.

There are more areas you can look at to compare landlines to VoIP phones. However, these are the main points of comparison that will affect you the most. VoIP phones win in almost every category. You may want to consider it, even if you’ve never looked into it before. Use GetVoIP or a similar service to wade through all the choices and find a plan that works for you individually or your business.

Ask, respond, discuss: the Vottelo app and their mission to let everyone have their voices heard

How to Make a Split Screen Video Using Movavi