Ask, respond, discuss: the Vottelo app and their mission to let everyone have their voices heard

by Abhishek Yadav
in Apps, Tech

Vottelo is an online discussion platform that aims to transform e-democracy from an idealistic concept to a reality. Their crowdfunding campaign just went live in the beginning of this month – here is why you should care about their mission.

The need for an online democracy

Freedom of speech has evolved greatly over the years, with tremendous differences now compared to several decades ago. The age of digitization introduced a completely new meaning and dimensions of the concept by allowing everyone to comment and discuss matters of great (and not so) importance. People started talking about e-democracy – the use of information and communication technology (ICT) in political and governance processes – and tying it to social media and discussion platforms and the role of the normal user in indirectly governing important political, economic and social decisions by expressing their opinions online.

While the world has come a long way in making it possible for everyone to voice out their opinion, we are still far from that equilibrium of an democratic online space. The mass media is dictating what the important matters of our society are and while it is supposed to be neutrally present facts and opinions, many of the news sources are biased, protecting the interests of certain organizations or individuals.

The power of discussion platforms

Everyone is familiar with platforms like Reddit (430 million active users per month) and Quora (300 million monthly active users). They allow people to freely discuss virtually every topic thinkable. The core strength and value of these platforms is their community, which collectively values quality content and honest representation of reality more than anything else. Users can upvote and downvote comments, write their own thoughts and engage in discussions with the other users.

Also Checkout  Future Tech: A Look Into Emerging Technologies and What They Mean For Your Business

Polls and survey websites and tools are another novelty that is revolutionary for the online space. However, they are more tailored towards businesses and organizations rather than the normal user, and are rarely free to use.

It is evident that discussion platforms and similar websites are here to stay. They do, however, lack some useful features that can make the user experience even better than it is now. For example, there is no platform that can offer polls and discussions at the same time coupled with data visualization about the answers to every question. These features would be useful to individuals, organizations and companies who are interested in the exact numbers, allowing them to make meaningful conclusions based on the answers.

Vottelo is a free to use online platform that allows users to ask questions, respond with simple Yes or No answers and engage in discussions. What makes it unique is the seamless and addictive user experience and the comprehensive data that is provided to each of the questions. Users can see the demographic data about the people who answered in a clean and simple way with pie charts and percentages. Vottelo combines the best aspects of discussion platforms and poll / survey websites and delivers them for free to everyone. Users have their own feeds where they can track all the questions they have asked and answered, as well as all discussions they have participated in.

Next to a seamless user experience, the team behind Vottelo believes that high engagement and customer retention are key in establishing a strong and supportive community. The platform is implementing gamification – users are rewarded for their activity with ranks that yield different badges and titles next to their profiles. The rank hierarchy consists of 100 tiers, with the last tier giving the Vottelo Ambassador role to the users, making them part of the Vottelo family and a trustworthy participant in the discussions.

Vottelo is not merely a prototype – the platform has been live for almost a year now, with a steady growing user base in Switzerland and Germany. After receiving positive initial feedback from the first users, the team is now looking towards the international scene, with plans to expand throughout Europe and overseas, ultimately establishing Vottelo as the international one-stop place for polling and discussing important matters of our lives. 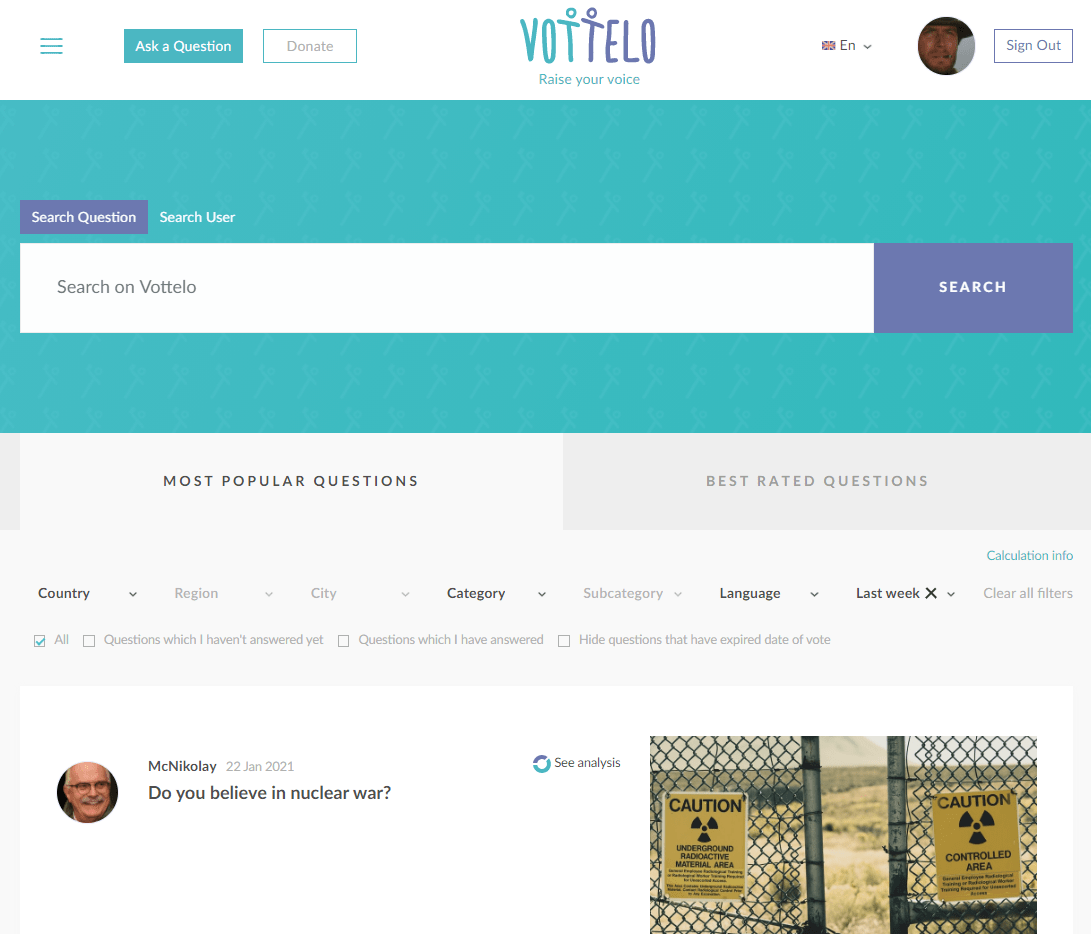 Vottelo is an existing platform with a small but steadily growing user base.

In the beginning of this month, Vottelo launched their crowdfunding campaign on Kickstarter, which will last until the beginning of march. You can learn more about the project, its mission and browse the different rewards they are offering to their early backers here: https://www.kickstarter.com/projects/293688035/vottelo-let-your-voice-be-heard-by-everyone?ref=discovery&term=vottelo

Why You’d Better Hire a Dedicated Team of True Professionals?

What is the difference between water flow and pressure?

What is YMYL SEO?